I have started writing this post four times. Each time what I have to offer seems inadequate in the face of the grief and pain that I am seeing coming from the US. Each time I start and end up in different places. I am reluctant to blog about the US election as I don’t want to be ‘cashing in’ on something that has been so traumatic for so many. I also feel a little wary of commenting on something that from NZ seems in many ways to be beyond our understanding. However it is an enormously influential event for the world, and for Christianity so I don’t want to ignore it. I have decided the best way to reflect on the US election is to ask what lessons are in it for us in NZ, particularly as we approach our election next year. 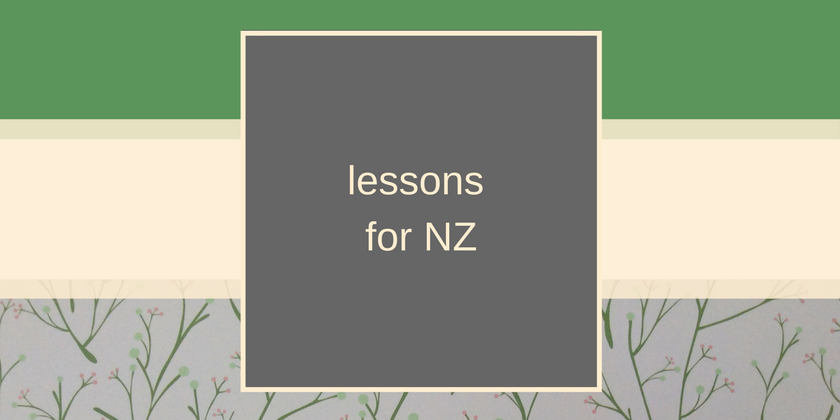 It feels like there was a lot of issues bubbling away quietly hidden in the US and the election has been a catalyst that brought them to light. I think it would benefit us to consider our situation and wonder what is going on that is hidden that we need to be paying more attention to. The US election has shown the amount of polarisation that has occurred, it would benefit us to consider the polarisation that we can also see in NZ. One dividing line that the election has demonstrated is between generations.

We are seeing a clear generational divide in the church.

It is good for us in NZ to consider our generational gaps and divides, as I believe we also suffer from an increasing polarisation between generations in the NZ church. I see an increasing ideological, spiritual, ethical and theological divide between millennials and baby boomers (those born between 1946-1964). I have been talking about the gap between generations for about 15 years now, but I don’t think the church is engaging well with this issue.

Have a look around you in church on Sunday. How many people under 30 can you see? (for me last week it was 1) How engaged are they?

This completely tears my heart but as a church community in NZ we are failing our younger generations.

The faith of our older generations is too often presented in a pre-packaged, pre digested format that fails to contextualise well to those living in the post-modern digital age. I still see this over and over, even just last Sunday when we had a visiting speaker.  Baby boomers seem to be saying over and over again, stay on the path that we forged. However their path doesn’t work for millennials, who want to create their own path. This is creating an increasing divide that is preventing good communication between the generations. Unfortunately baby boomers are still holding on to power in the church, and this makes it difficult for millennials to find a strong voice. I must acknowledge that there are many baby boomers who want to understand, however they seem unable to move beyond their pre-existing assumptions and worldview to really engage well with the new ways of thinking. They seem to be unwilling to have their theology challenged or questioned, which shuts down good dialogue.

So the younger people are leaving, especially those with the ability to think critically and ask questions. I come across them often, in small pockets away from the institutional church.There is a depth to their faith that would surprise those in the church who often say they have left because of a lack of discipleship. It is just that their faith looks a bit different and there isn’t room for it in the existing church structures. They are drifting around, unable to find a church that looks like home. Some of them are floating around the edges of mainstream churches as they know they need the people of God to encourage their faith, but they are not fully engaged. Some carry too much grief and pain from their experience of church to fully engage again.

I am not entirely sure (being a bit older myself) but I suspect that what they are looking for is a group of Jesus followers who can be companions on their journey. A journey that involves giving them the tools to engage well with the biblical text, to walk with the Holy Spirit’s empowering, and engage both of those well with society around them. All in ways that bring the Kingdom of God to earth on a journey of discovery that can cope with each new thing that their changing world throws up. Mostly I suspect that are searching for people who can help them learn how to have deep authentic relationships, and they are looking to be taught tools and systems that can help them form their own theology.

But where are the leaders?

I am not quite sure why, but no one seems to be stepping up to lead this group of millennials who are drifting on the fringes of the church. There seems to be a lack of leaders who can step up and say “lets start something new”. “Lets start meeting together and see what happens”. Leaders who can equip and support them to make their own path through the world in which they live. Leaders who can see and understand the depth of their faith, can see the opportunities to live kingdom values in their everyday lives, who can sweep them up and love them and create a gathering of the people of God that feels like home for them.

To move forward the church needs to acknowledge the generational divide, and to seek ways to create genuine discussion and where both sides can be safely challenged.

People born since 1980 I’d love to hear your thoughts. Are you engaged in the church?  Why or why not? How would you like church to be? What are your experiences of the generational divide?

4 thoughts on “lessons for NZ”